The idea was inspired by a few different events: first, I bought my wonderful Cervelo S

2 at a great bike store called Conte's and was privileged to have the woman who owns the place help me out. She actually races across America, doing the whole journey in under 8 days...pretty crazy if you ask me. But that, combined with an excursion away from my normal day job and a few outdoor magazines that reminded me about how much I love getting out and just doing things. I was talking with some friends about my marathoning last year and how much fun I had challenging myself to such an adventure. Ultimately I fo 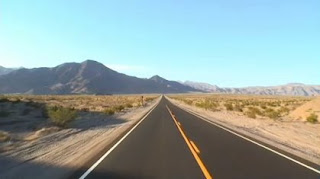 und that what I really needed to get back to was getting involved in some sort of adventure and sharing every step of the journey as I went. But that just wasn't enough for me. I've read all about people who have challenged themselves and written a bit about it here and there, and I assume there are tons more people out there who continuously do the same thing without ever mentioning it to anyone.

So, I decided to I'd make an event out of it and go ahead and raise a little money for a great cause.

As we speak I have some info to dish:

- The information website is complete, just having a small technical problem with uploading it.
- A course is tentatively designed, just need to set it in more detail (this will be an ever-changing process, even while riding I am sure, but I will keep it all updated for you).
- The fund raising events are written down and contacts have been made to set those up. Dates will be announced very soon for those.
- I am arranging meetings with people from and connected to Children's Hospital to go over details and get the ball rolling.
- The budget and time-line are almost complete and then it's off to secure a title sponsor and a few others who may want to hop on this fun adventure with me. 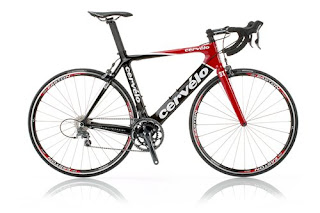 There is so much planning that will be going into this and I am extremely excited to get it all underway. I open the door to anyone with questions, comments, or, wanting to help out in any way, shape or form. The donation site will be up shortly as well for those of you who want to get their charitable juices flowing.

So there you have it! Next April I'll be out and on my journey. I hope everyone can join in in some way! 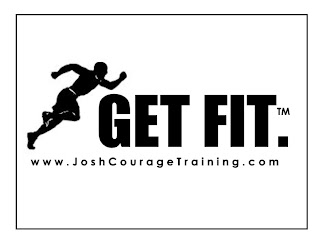 The other day I received an email from a friend asking my thoughts on an article. Check out the article here.

Here was my response; a little overkill, probably.

Ha! What's interesting about research like that is when you look at the other side of things. A lot of people would use that article to justify toning workouts down because there is scientific proof that higher intensity training may lead to heart problems. but what about little to no exercise? That is scientifically proven to increase the risk of heart problems in a much greater degree.

To be honest, I have a harder and harder time with very isolated research like that, because I feel like it's nit-picking, and ultimately allows a society that has already over analyzed almost everything in the health and fitness industry to make more and more excuses for the choices they make. So few cultures obsess so frequently about any and all aspects of health compared to us; and, in doing so, we have become the most unhealthy of them all.

There you have it!

If that came across as a little harsh, i have reason. Lately I have been reading a good amount about returning to our hunter-gatherer roots and getting back in touch with what our bodies were truly meant to do. It strikes a nerve every time I see or hear someone talking about new trends in health and fitness and how things are going to change. The only problem, most of those conversations are being held over a large, over seasoned dinner and a few glasses of wine. Not helping out the cause very much...

Well, let me know what you think. I like this sort of thing, it raises great discussion.

I was actually, genuinely interested in the article because it made me feel this way. I really feel like there is so much money wasted on figuring this stuff out, then finding some sort of pill, or newfangled fitness gadget that can make us lose our weight while still being lazy, overprotected losers and some guys out there in lab jackets are "laughing all the way to the bank".

What ever happened to helping out? what ever hapened to supporting eachother in the search for a great, happy life? What's going on in a world where people make a living off of taking advantage of other people?

If I could have it my way, people would run around and play all day, eat great, natural food, drink pure, clean water, sleep for many hours, bond with other people and just be happy to be out, active and alive every day.

Sound crazy? Well I'm going to go do it!

Who wants to join me outside?

Josh
Email ThisBlogThis!Share to TwitterShare to FacebookShare to Pinterest
Posted by Josh Courage at 6:35 PM 0 comments

The wonderful warmth of summer generally motivates the he'll out of me to get out and do so much moret han normal. Already I have acted quite a bit on my dedication to sponsorship and chatty of 2009 and I know that the summer months will probably bring out a few more projects as well. But beyond that, My clients and myself tend to venture out to try some new things and push ourselves just that much harder. Here are some of the things I have taken part in, and a few other things to come:

The last Saturday of May played host to the DC high school championships where St. Alban's edged out Wilson in a nail biter that came down literally to the last pitch. I sponsored the event and had a booth up where we had vertical jump and broad jump testing, max push ups testing and a med ball throw test. It was a great success with the booth being crowded with children and older folks alike, even Mayor Fenty (whom I run with every now and again) came on over to check it out and his sons got some testing, was a good time. 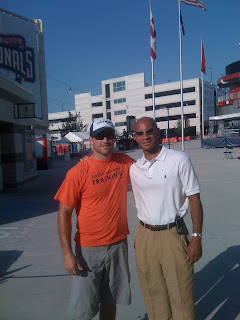 Next week I'll be at a fundraiser for Brain-Food, a non profit that helps kids through cooking. I'll have some training up for auction.

On the personal front, I have a first ever triathlon in July, a trail tri that consists of a 3/4 mile open water swim, 14 mile mountain bike and 5 mile trail run. My goal is to actually place in the top ten of my division. Next will be the Marine Corps Marathon, my 11th, and the first after a year off of distance running. I hope to set a new PR (personal record) of 3:30 or faster.

I have summer strength and conditioning camps starting up on the 8th of June which will be pretty intense and fun. Mostly high school and college guys, and mostly baseball players, but really open to anyone who wants to seriously get in shape.

Lastly, I have a pretty big event being planned for April of 2010. I'm not quite ready to make the formal announcement on that yet but I will probably be making the formal info release next week. In the mean time, I'll run over a few of the smaller, fund raising events I will be putting on to raise awareness:

Running a Marathon - I'll be running a full 26.2 miles and people can sponsor miles or run with me. Afterward there will be a post run party with music and food.

Lifting 100,000lbs - Over the course of 4 hours, I will lift a total of 100,000lbs using deadlifts, squats, bench press, push press and pull ups. This will all take place during a silent auction type of gathering and there will be food, drinks and live music.

There will be one other event before the big April one that will involve everyone, perhaps a basketball tournament, or kickball or something along those line. Keep your eyes peeled to see those official announcements coming soon. I hope the summer sun inspres everyone to get out and be active as much as possible! 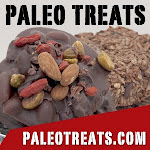